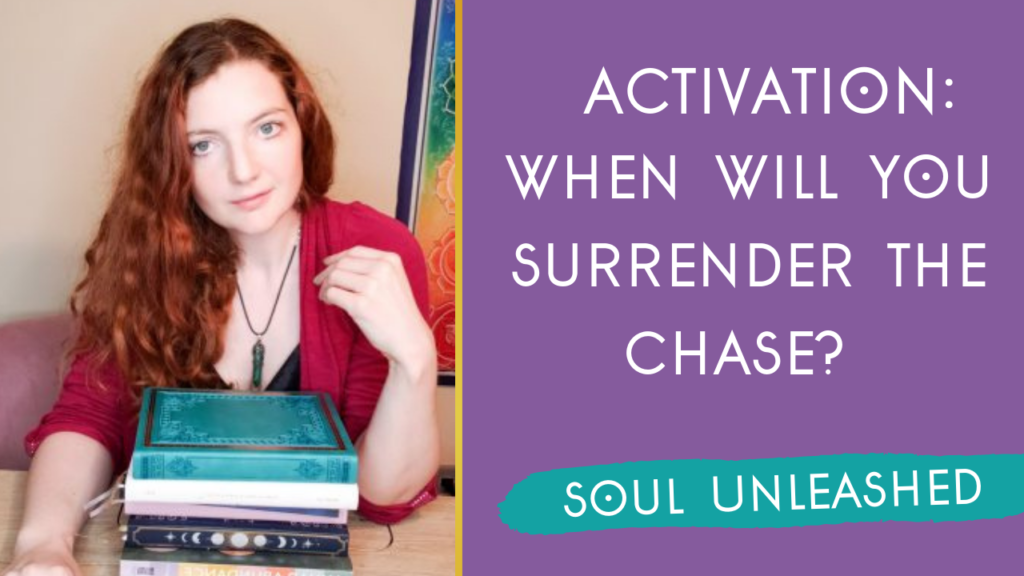 When will you surrender fully the Chase?

Does it excite you, fill you with adrenaline and cause a high you can’t describe?

Thinking to get a particular outcome, polish it, write the plan of your life, while you are so caught up in it all, running faster and faster you forgot what you’re even chasing anymore?

Recognizing that if you simply stopped a moment, you would begin to see that all you needed to do was

But the Chase feels good in your body, it makes you question more things, makes you feel like you’re in a movie on a discovery safari, hunting down what you know you rightfully deserve,

gotta figure this out, gotta make it happen,

Must move faster, speeding past, going so so fast, you forget your own name in the process – willing to sacrifice it all away, the pits of your identity gone, weak, lost, forgetting the power that lives in side of you.

Chasing faster, if only I could reach it, seduced by the avenues of success, Feeling it washing over you as you reach,

but its still so far out of your grasp, so you run faster towards it, push harder forward – press on.

But the sacrifice gets too much, you lose yourself in the dust and you suddenly realize – all you had to do was

Accept it was always yours to begin with.

It starts with a moment of Proving yourself right, It grows deeper when you feel you’re not enough, so you simply ask yourself a deeper question “How can I simply push harder to make this mine?” Isn’t it enough yet?

And the chase consumes you, it haunts your life, waiting, wishing, wanting, desire, feels simply – always out of reach.

So What will it take?

When will the going Give and the Sacrifice feel justified – To Give your Life for what its been given to you for – and yet so many, push down their desires to the sweet corners of their minds and hearts, whispering to themselves, someday…

Someday i’ll surrender the chase – i’ll give up the sweet high of the hunt, running forward, chasing it all until i forgot who i was – and someday, i’ll finally give in to the sweet voice that is always telling me the way,

And someday, i’ll get over it all and remember Perfectionism drains my soul, weak, exhausted, Push Harder, they said, work harder, isn’t that the way,

What are you fighting for anyway?

Who are you trying to Prove?

Someday I’ll surrender the chase, – But What now? Who am I without it?

Everything. Being with What Is and recognizing,

It was always meant to be yours,

It was always meant to exist for you,

if only you pulled the cobwebs away, and stepped out of the illusion

Connect
Latest posts by Ashley (see all)
PrevPreviousNo Motivation? Allow The Drop Into Soul!
Next3 Tips to Get More Intentional With Daily RitualsNext