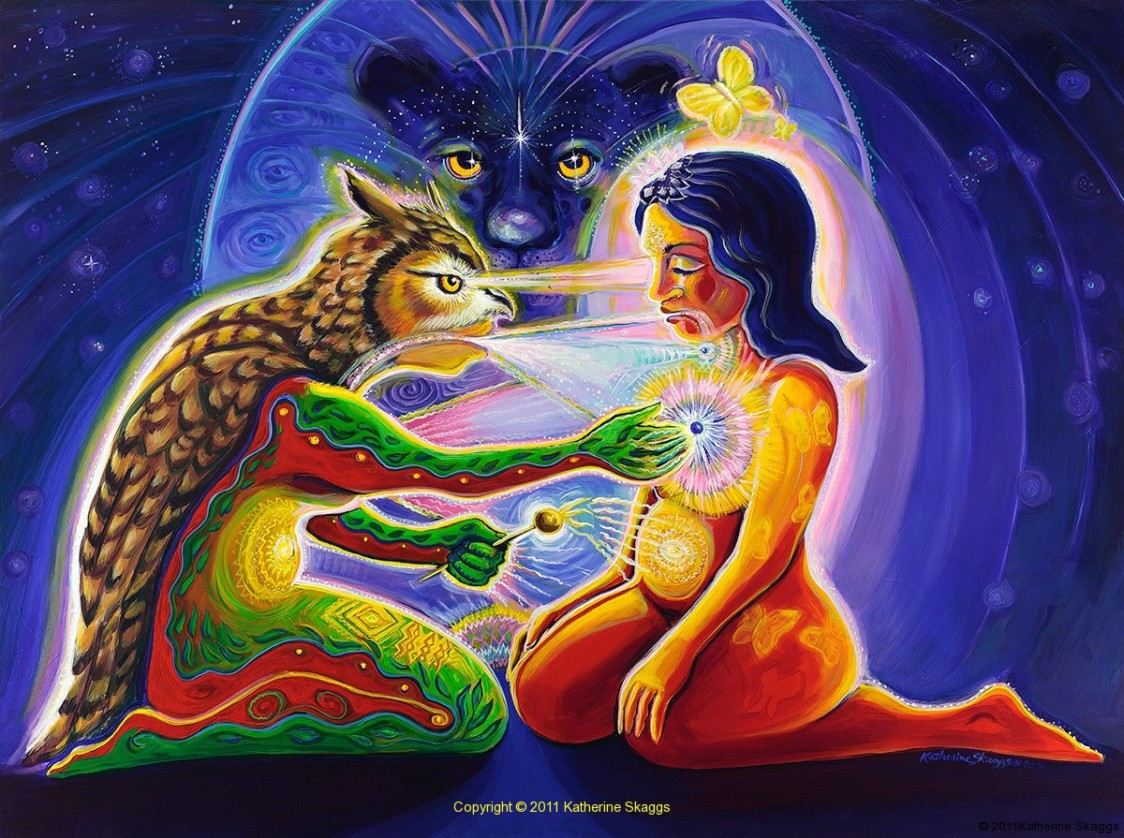 Hello lovely!
Your blog resonates with me so much. I want to get your opinion on something that has been happening to me since last fall. It seems that every time I take a drug that isn’t psilocybin or weed, I get extremely sick. A lot of the time it’s just cold/flu symptoms but I feel fine, other times I’m actually sick. I don’t indulge often at all, I’ve only tripped a handful of times but if I take Acid or methylone or Sass…anything synthetic, I get sick for up to a month. I was told in a reiki session that I have a very gentle immune system and I’m an indigo child, which I previously thought. So it could just be this…I make my own natural products and don’t believe in putting chemicals on or in my body so it could just be a rejection of what I know isn’t healthy. But I thought you might have some other thoughts to share. Your insight is always wonderful. Thanks in advance ❤️❤️❤️

What is really interesting to me about this is mushrooms actually have a lot of chemicals in them naturally. The Psilocybin in mushrooms megabolizes into Psilocin, which is a  substituted tryptamine alkaloid. The psilocin has similar mind altering effects as LSD, DMT and Mesculine. Psilocybin actually has more enzymes to break down in the body than some synthetics. People are actually more likely to get sick on mushrooms because of the whole “you feel like you’re ingesting poison” feeling, it’s usually harsher on the body than some synthetics. Of course this also depends on dosage, your environment you take the drugs, and also if the drugs themselves were pure or not. A lot of people are doing this stupid thing where they are puting  25I-NBOMe on blotter instead of Lysergic acid diethylamide(lsd) which are HIGHLY different compounds. One is an ergoline and one is an phenethylamine. Two different animals right there. The chemicals themselves are the same no matter their origin whether they are synthetic or real, there are synthetic mushrooms and there are natural mushrooms but the chemical compounds are still the same compounds that get synthesized within the body. The real question is where are they coming from and are they Pure or not which is an entirely different experience if they are pure or laced. So a lot of circumstances go into this.

I’ve had my fair share of research chemicals, sass, etc. and i personally have NEVER had this problem. Your body could be different than mine but i also think you answered your own question when you wrote “I make my own natural products and don’t believe in putting chemicals on or in my body so it could just be a rejection of what I know isn’t healthy. ” Don’t hate me for saying this but it COULD be psychological, the mind is a very powerful thing, if you think something long enough you start to believe it, think about how you believed santa claus was real back when you were little, there was no way in your mind he was fake at that time. Perception is everything. What you thing you become. If you believe chemicals are bad for you, your body will project and reciprocate that. Not all chemicals are bad for you, you, yourself, YOUR BODY is a chemical. Your body is doing all sorts of synthesizing, regeneration and breaking down enymes all the time. You are ONE BIG CHEMICAL.

It reminds me of that joke on tumblr, “i take drugs but won’t eat white bread” lmao. I was the same person as you, all natural, 24/7 i can’t eat process foods or i’ll get sick etc. This is all about your intention of the power you are putting behind the symbol. The belief of what you feel about chemicals is the belief you are manifesting. It could also mean your body is telling you to take a break from these things, we have to realize when we are taking drugs you are basically getting a virtual tour of the inside of your own psyche. So naturally there is going to be some issues you have to get through mentally, physically, emotionally, chemically etc. but it’s about confronting that ego. there is a courage when you take drugs, it has to be a fearless energy, you have to be willing to let go otherwise you won’t have a good time. There is also the kundalini coming into play as well, you trigger things when you go to these inner spaces, it activates your long term memory so naturally i could see there being healing that needs to happen, possibly similar to ascension symptoms as well. I mean i have had bad trips and good trips and outstanding trips but they have all taught me something about myself i didn’t know before, it’s a gateway into our subconscious ultimately.

The best way to test this is take a break, then when you are ready, change your thoughts as you go into the next trip. Where we are mentally before we go into a trip is really truly the outcome of the trip itself, the problems don’t disappear they come to the surface. So instead of always believing synthetics are bad for you but Psilocybin is not, go in with an open mind, surrender into it through faith and say these chemicals are not bad for me at all. I guarantee you, you probably will not get sick that next time. It really is about the power of the mind. Be careful of your thoughts because they are always the one guiding the ship. This is why i say drugs are not for everyone, some people who are literally not there mentally could really lose themselves on them but others like ourselves, it’s a catalyst teacher, a sacrifice of will to get to explore from the inside out. It’s true ancient alchemy, it’s our innate world, it’s the mind unleashed into the imagination and that to me is very spiritually sacred.

So i say take yourself on faith next time, and you can even report back to me to how it goes but i really feel that is the issue here. I could be wrong considering i am not you but just through my experiences with research chemicals I really feel like it’s the intention you are putting behind the belief of the symbol of drugs not the drugs themselves.

They are truly alchemy, old magick and to be treated with good care.

I hope this helps