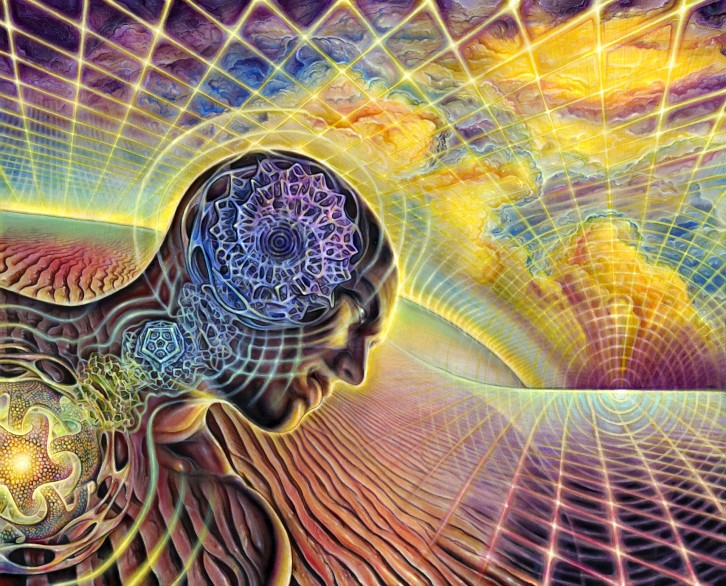 Hey! I was meditating today and at some point light started to appear while my eyes were closed. But the middle was still black and gradually it was getting lighter. What do you think it is? Mind you I’ve never had a significant experience while meditating apart from my body moving side to side and rotating in sync with my heartbeat. I guess today I wanted to be shown something different and that light was it.

— leighsblissThat’s pretty cool! The appearance of light is a form of energy within your mind’s eye(third eye) perception. It is called Phosphenes. They can appear in different forms or geometries, also different colors within the spectrum of light.

The Science behind it:

One common misconception about a human’s vision is that our eyes require light (photons) to be stimulated. Even in the absence of photons, the neurons in our visual system are always active. The thalamus (part of the brain responsible for relaying sensory signals), your visual cortex, and your retina are in an “always on” state – even while you sleep. The neurons in these visual systems are continuously relaying signals and information.

When you are in a completely dark room or just closing your eyes to go to sleep, the neurons in your visual system will spontaneously fire, and in doing so, will activate other visual neurons and so on. These neurons acting together collectively are what is causing those interesting and strange visual effects. The colors, duration, frequency, duration and type of effects seen will vary depending on which part of the visual system the neurons are acting up in.

“Seeing stars” is another common phosphene or visual effect that can occur, and is most common immediately after blowing your nose, intense laughter, a sneeze, a heavy cough, a blow to the head, or standing up too quickly. However, these phosphenes are usually the result of mechanical or metabolic stimulation, as opposed to spontaneous activity.

Have a wonderful day <3