Is Ascension the reversal of the blackhole?

This energy is quite different from what we’re used to…it strangely reminds me of a drug trip i had once, on 4-ho-dipt. it’s like the energy is rampant so it needs a container to channel it otherwise it’s pure entropy. It sounds almost crazy but it’s like we’re becoming more in tune with our blackhole energy.

So when we’re not channeling the energy creatively or positively it manifests as fear which ego feeds on fear in multiple waves of resistance, anxiety, regret, anger, etc. It’s like putting us smack dab in the middle of our own resistance.

I can literally envision it, as the torus, tunnel spinning in multiple directions, it IS the symbol of entropy. The more Entropy persists it creates an internal order. I think this is similar to what is happening and you can even see it with all the current politic, economic and various protests going around…When the energy persists, we aren’t releasing it which builds and builds and builds  causing the torus to spin faster, it’s all blackhole thinking!

It’s the resistance of the old to awaken the new. So if you think of yourself like a movie, you’re on the replay button so you’re just cycling the same episode over and over again, it’s recycling the past! This goes back to my theory on the various timelines opening up. This gate is trying to show us it’s here. So it truly is about creating and manifesting now.

So the anxiousness is because we need to channel this energy creatively..if we’re channeling it forward, we’re channeling it backward, meaning we’re digging into the old. It’s kinda like a crash course of awakening, the more we cling to the past, the harder this transition will be, the more we’re willing to LET GO of the old paradigm, the easier it will be to embrace the new.

I just see it so clearly right now… 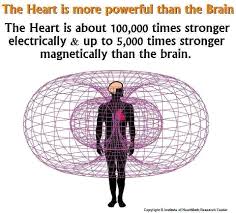 the heart which is a much stronger organ than the brain are kinda in a strange duel with one another, they are trying to find balance!

So when you go on recycle mode you feel like this…now imagine all your little pesky thoughts swimming around in there, where do they have to go except in a cycle?

So what would happen when we’re present and at rest? As inner, as outter, as above so below. When you start projecting out creative thoughts, YOU personally start generating your own torus! So the cycle moves to your advantage rather than letting your thoughts consume you…

This all goes back to vibrations, we’re emitting higher frequencies that are generating the spin, it’s kinda like time traveling through our past memories…

Okay so this is the cool part…When we’re not projecting INWARD. we project outward…

Creating a vortex or vaccuum, which creates vesica piscis. The light and the dark begin to merge together. creating a particular wave function that emits a higher oscillating frequency that connects to space-time or time zero.zeropoint. Thus creating a vaccuum projecting out instead of projecting in through thoughts…

Strangely if what i’m thinking is correct, we’re essentially reversing the blackhole. This is crazy! Creating what is known as a white hole! I only recently discovered this when reading about kundalini from looking into Israeli scientist Itzhak Bentov’s work. He says “

as the jet of matter continues to flow out of the white hole, it slows down and beings to be pulled back by the gravity of the original seed, the source in the center. The jet reverses it’s reverses its direction and eventually is drawn back into the seed through the blackhole. this gravitational collapse causes matter to become transformed into energy, as it passes from the black to the white hole, it reemerges from the white as a NEW UNIVERSE. It is a continuous cycle of birth and death of matter."

Granted this would change physics but if we’re operating at zero point wouldn’t modern physics go out the window anyway? What if the polar reversal caused a change within our gravitation electromagnetic field, which would cause the vaccum to start moving in reverse Thus creating the new universe, opening the new timeline and giving us the creative energy to start creating our own new universe. A tree of life inside another tree of life inside another tree of life, linking together infinite co-creators working together fueling the new energy into being…if this is hypothetically the case, it could lead to time reversal, slowing the aging process, causing an evolution of consciousness. I think this may be what the awakening is really about…

Back to reality, i know another follower mentioned this before, it’s like the ability to see our choices and outcomes before they happen. Past-present and future self merging together creates a reversal of time. It opens up endless probablity wave functions that correlate to a given frequency wave where we have the probability of CHOICE through circumstance.

So if we go back to the movie anology, instead of hitting replay, what if someone just deleted the tape? and everything from the old disappeared.

You would have to make another movie, CREATE. You can’t just stay in blank space, what would that really prove, that would probably be pretty boring to a infinite creator, so what would you do?

Well if you are oblivious to what is happening, it would create entropy, it cause a recycling, because you don’t know where to go so you circle the past over and over, reliving memories to heal.

if the memories are healed…it puts you on a different traintrack, a new timeline where you start creating NEW memories, new universe, evolved consciousness is using the vacuum in reverse.

kundalini triggers the unconscious thus creating the flight/fight response of the adrenals it promotes fear and creates numerous dark nights of the soul switching off the old consciousness. There is also something to do with the amygdala and how it starts deactivating fear responses because the amygdala is all about emotions/fear… once the adrenals are healed, it starts the healing of the energy receptors chakra strands. triggers an activation of the subconscious bringing the subconscious to the forefront which enables archetypal trigger responses to unlock dna strands within our long term memory and enable new genes and activate hidden dna. hense synchroncity, being in alignment things naturally fall into place literally, 1111, 222, 444, 555, 777, etc. time is fluid, ever-evolving and changing, it functions differently because it is literally moving differently…the subconscious causes the superconscious to respond. thus awakening the higher self merging with the earth plane higher self is the future self, thus our actions are correlating a bond to our present awareness. Activating different areas in the brain stem enabling particular sequences to unlock wave functions or higher frequency oscillations inside the dna. creating a particular cell-regeneration creating a healing effect or healing module, higher immunity, longevity, neuroplasticity and neurogensis. merging the unconscious, activating the subconscious to the forefront enables the right hemisphere merging with the left hemisphere unifying consciousness and birthing together creates the superconscious. It is CREATING the evolved self down to the cellular level and dismantling the old shell. Birthing the NEW UNIVERSAL CONSCIOUSNESS. ahhhh hello shift

This is utterly nuts…. i hope it makes sense, i wanted to share with you guys and see what you think lol