You are so smart! I make it a priority to check your page everyday, because I learn soo much from it. It’s amazing. Could you please tell us more about the bermuda Triangle and the devils sea? I heard they’re suppose to align up this year and create some magnetic force? Also, are our animals our spiritual guides? How are we supposed to learn from them? And, I live an hour away from the earths root chakra. You think the energy from it spreads this far? Or would I have to go there?
~~~
wow thank you, tons of questions!

Okay I know a little about the bermuda triangle so i had to do some of my own research on it. I know there’s a theory that it is a stargate or portal between dimensions because under the water their is a huge atlantean crystal grid structure that helped create what is known today as the bermuda triangle. There is also another area linked to the devils sea in Japan called the Dragon Triangle, where the same occurrences take place. Many ships and planes have been lost within this area, disappeared out of trace or what happens is all of their electronics started malfunctioning as they flew over the bermuda triangle.Edgar Cayce was well known for many theories concerning the atlantis and bermuda. “First, Cayce said that the Bahama Banks were the last part of Atlantis to sink, and the last place where these glorious advanced electromagnetic machines went below the ocean. They were gigantic pyramids with a crystal energy source.

Those who believe in Edgar’s theory (and there are many of them) argue that those stones are so well arranged that they actually represent roads and walls of the Atlantis. Those crystals radiated huge amounts of energy and caused the navigational instruments of passing ships and airplanes to malfunction. As a result they would have been lost or sometimes get completely destroyed by the sheer power of the energy. ”

You can read more about the Bermunda Triangle here: http://www.greatdreams.com/bermuda.htm

Now as for there being an geometrical alignment that is supposed to take place,i’m not for certain but If we’re working on the earth’s grid work i don’t see why there wouldn’t be some sort of alignment taking place during the fall of the veil. If the healing grid is being changed and the opening of the gates does take place, during the transitional shift there would have to be some type of electromagnetic force moving the stargate back in alignment just as we’re moving the earth back into it’s own galactic alignment. If the crystalline structure gets activated,  just as we are, I would sense that it too would also be changing and shifting just like the earth’s energy vortexes.

They are substantially points of vertices that interconnect within the earth’s grid work, there are many points all over the world, a lot of these points are changing to fit the new paradigm, they are gathering a lot more energy then they used to access.

There are many theories here but there is much truth in believing that earth’s core matrix is made up of crystalline energy, Earth is a crystal that radiates divine energy through her general matrix. For she’s been put off balance by time and became off of alignment where the left hemisphere of our world the logical  masculine material world became dominated over the right hemisphere, the divine feminine, the spiritual world.  I could really write you a book about this, there’s too much to talk about lol but the thing is within this grid pattern there are tons of energy vertices points around the world, dragon’s triangle, bermunda, pyramid of giza, temple of Osiris, 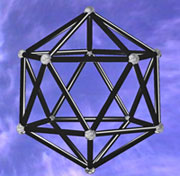 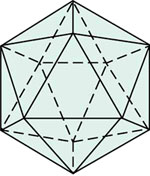 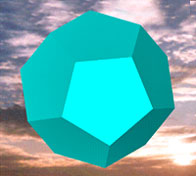 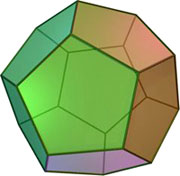 The Icosahedron is composed of twenty triangles forming a ball, and the Dodecahedron is made up of twelve pentagons as its sides.

When these two are distributed over the surface of the globe, their lines and node points closely delineate the following planetary elements:

This last point is most significant, for it includes the location of most of the major ancient monuments either directly at or clustered around each of the node points of the Earth’s crystal grid, including:

…to name only a few.

If you only live an hour away, i could see it having an effect on where you live and it is probably immensely easy to tap into, i would definitely try connecting to it next time to meditate.

As for spirit animals, spirit animals come into our life for a symbolic reason, some are directly linked to our animal totem and some are just visitors to help us on our journey. They are linked directly to mother Gaia and are always there when we need them most, be sure to listen to them because they only vibrate truth and love back to you.

Hope you have a lovely day

much love and light <3